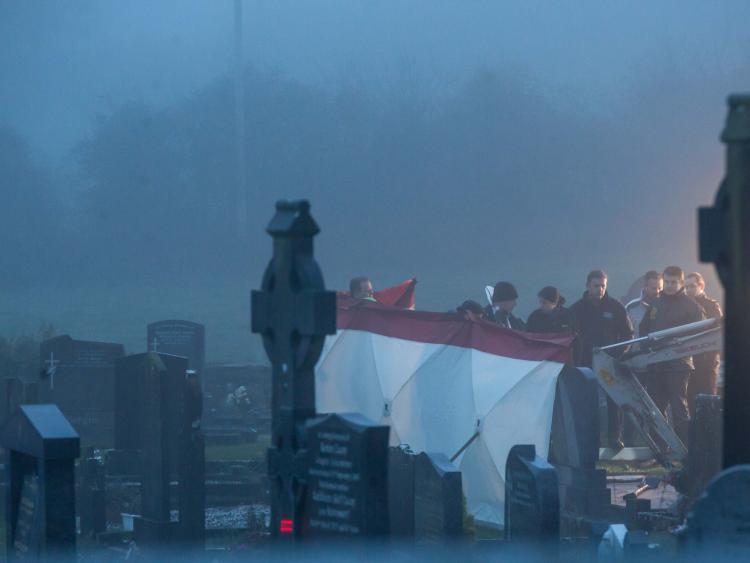 The exhumation of murdered mother Marie Tierney at Conahy graveyard

The remains of a mother-of-two who was brutally murdered over thirty years ago are being exhumed from a graveyard in Co Kilkenny this morning as detectives gather the final pieces of evidence in their investigation.

The graveside exhumation of the remains of the murdered mother-of-two Marie Tierney is currently taking place at Conahy graveyard.

Gardaí began work at 6am and Ms Tierney’s remains are expected to be brought to the National Laboratory in Dublin where a post mortem is expected to take place.

Advanced scientific developments will allow officers gather together evidence that will be crucial to prosecuting the killer.

The exhumation of bodies involves a complex application process, and is only allowed in the rarest of circumstances.

Investigating gardaí had to apply to Kilkenny County Council for a licence for the process  and a Ministerial Order was also required and granted by the Department of Justice.

The law requires that the exhumation be carried out “with due care and decency, and in such a manner as not to endanger public health”.

An environmental protection officer from the local council must be present to supervise the process. A special coffin, lined with zinc, known as a “shell” is then used to transport the remains. A forensic anthropologist, a state pathologist, gardaí from the Technical Bureau and a forensic scientist from Forensic Ireland Limited all attended the exhumation.

The exhumed body must then be reburied or cremated within 48 hours.

As part of the investigation over 300 lines of enquiry have been examined and 200 people have been interviewed. House-to-house enquires have taken place in a number of areas including the Bleach Road, Conahy, the Ballyragget Road, Lovers Lane and Old Newpark and Newpark.

Inspector Liam Connolly is heading the investigation and is  continuing to liaise with the Tierney and Bourke families.

Chief Superintendent Dominic Hayes has outlined how every necessary resource has been deployed in the investigation.

“It is incumbent on us that we put a huge effort into solving this murder for Marie’s family. I have no doubt that we will have a successful outcome,” he said.

Marie Tierney was reported missing by her husband Jim on October 22, 1984. He told gardaí that she left her home at Clinstown, Jenkinstown at approximately 10.30pm on October 21, 1984 in the family car, a Renault 18. The car was located at Newpark Fen the following day. 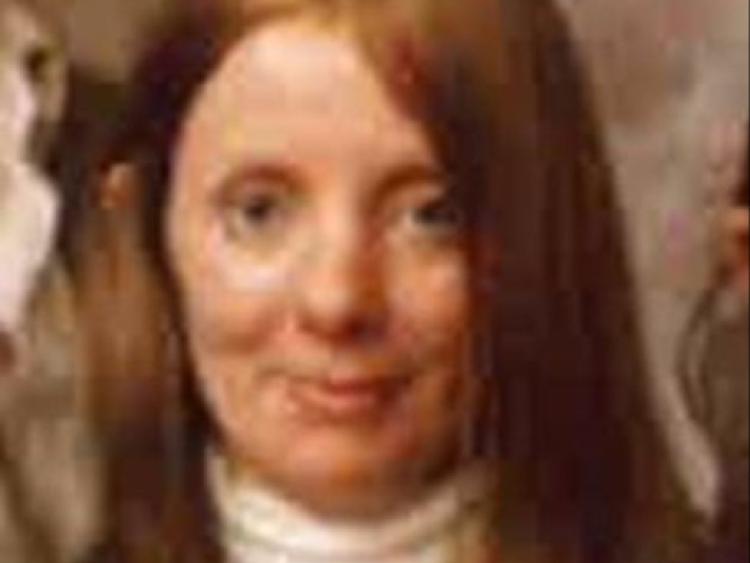 On December 21, 1984 her body was located in a ditch by a male out walking on the Bleach Road on the outskirts of Kilkenny City. She had been violently strangled.

Marie’s siblings, Breda Fay and John Bourke have pleaded with her murderer ‘to do the right thing’ and ‘hand yourself in’.

“We strongly believe that her murderer is alive. You know who you are and we are asking you to please come forward.“Hand yourself in for the sake of her children, her grandchildren and all her family. We need justice for Marie,” they said.