Presidential hopeful Peter Casey has been accused of adding “insult to injury” and going further with his criticism of Travellers.

The businessman will face protests when he visits Tipperary today to view six unoccupied houses at the centre of a dispute between the county council and Traveller families. 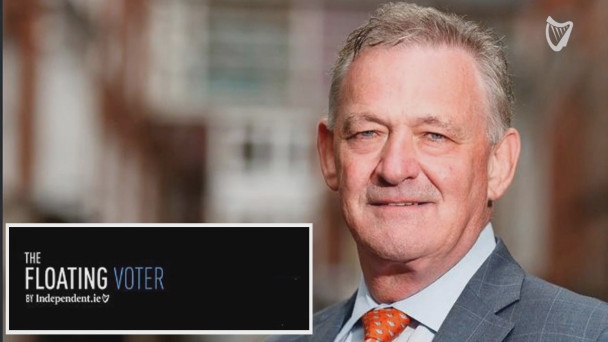 Peter Casey’s remarks on Travellers
Video by: The Floating Voter
He faces mounting calls to withdraw from the election race from Government ministers, Traveller groups and assorted leftists and liberals as well as his election rivals and even the newly named Irish Human Rights and Equality Commission.

But an unapologetic Mr Casey continues to fuel racism debate by insisting Travellers should not be considered an ethnic minority. Last night, he said they should “think and act as Irish people”.  We have to agree that the new law on Traveller ethnicity wasn’t well thought out last year.

He has also stood over remarks made on Independent.ie’s ‘Floating Voter’ podcast that Travellers are “basically people camping in someone else’s land”.

“He has added insult to injury,” Mr Collins said.

A number of councillors who helped Mr Casey get on the ballot paper have said they do not regret giving him their vote, although most said they disagree with his comments.

Despite the controversy, Mr Casey plans to travel to Cabra Bridge in Thurles to see a €1.7m development that has been built for Travellers who are currently living on an unauthorised site nearby.

It has been reported the families want access to two stables and at least half an acre of land each for their horses.

Mr Casey has been critical of the role played by Pavee Point in the dispute, saying it should tell the Travellers about people “sleeping on the streets of Dublin”.

Speaking on RTÉ’s ‘Six One News’ he defended his position, saying: “There’s far too much political correctness in society… I say what I think and I think what I say.”

He has received a considerable level of support on social media.

However, Mr Collins told the Irish Independent that Pavee Point has represented the Travelling community well and the candidate’s view of the situation in Tipperary is “misinformed”.

He said the decision by Mr Casey to arrange a media event at the site was “strange” given the “hurt and pain he has caused”.

“I don’t know what the purpose of his visit is or what he hopes to achieve and it will be interesting to see how the Traveller families react.”

Mr Collins said there should be “protests highlighting their grievances” and then “some sort of dialogue to clarify a number of issues”.

Kieran Bourke, a Fianna Fáil councillor on Tipperary County Council who voted to nominate Mr Casey, said his comments about the situation in Thurles were unhelpful to a “very sensitive” issue.

Mr Casey has claimed Travellers get healthcare, education and housing despite “not paying their fair share of taxes”.

The five other candidates in the race have lambasted his comments, with President Michael D Higgins typically describing them as “appalling” and fellow ‘Dragons’ Den’ entrepreneur Gavin Duffy saying they were “reckless”.

She was pressed by host Pat Kenny on a ‘Hot Press’ interview during which she said she was “uncomfortable” with using the word terrorism to describe IRA atrocities.

She went on to say: “I would say that we are now at a new time in our history and we need to be grown up enough to own that and say ‘let’s cement the peace process’.”

It is understood Traveller families living in Thurles have planned a peaceful protest for 4pm today.