This scenario emerges within the context whereby such a referral could actually copperfasten such legislation and protect it from constitutional referendum.
Higgins is also reported as not satisfied that gay marriage legislation could be constitutionally challenged , thus his change of mind to want to continue in the office despite his age as such changes would require only another two years at the most , then he could retire.

So in fact he may be contemplating only another two years in the presidency if re-re-elected – and then the next in line after this election could be substituted for him with all-party Dail agreement.

This seems to be the reality where the battle is not now for the presidency but for the runner-up position.

President Higgins has still not explained the reason for his presidential visit to the Soros mansion in New York on 25th September 2015. 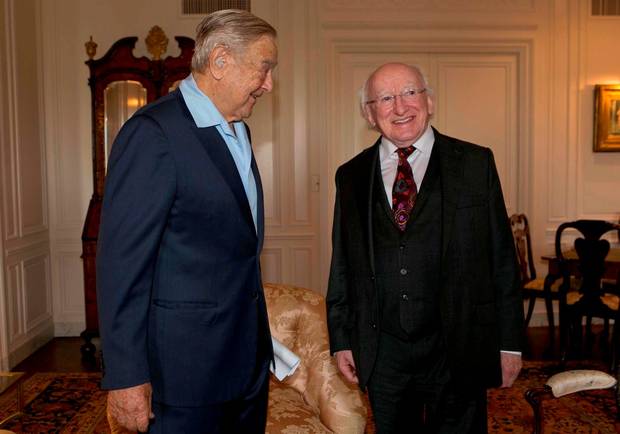