The late Jim Gibbons TD, former Minister for Agriculture and TD for Carlow-Kilkenny, though a former councillor himself, viewed Irish county councils with derision.

He held the view that the county divisions for administrative purposes was a ridiculous situation to have 31 such councils for a country with the population of greater Manchester.

He said that Irish county councils possess no great tradition either , that they were brought in to replace the even more useless system in 1899.  He said that outside of Dublin and Cork they were far too small, that they should be amalgamated on a regional basis, for instance you could have North Leinster, South Leinster and revert to one Dublin Council in the present Leinster area.

However Jim Gibbons held the view that the old borough councils such as Kilkenny Corporation should be left alone in their largely ceremonial role based on 700 years of existence. And of course the counties should similarly remain, mainly for sporting purposes.

Jim was noted as a classical scholar in his day, a supremely intelligent man.  We believe he was absolutely correct. The present Kilkenny Minister of State for Local Government John Paul Phelan should take note. 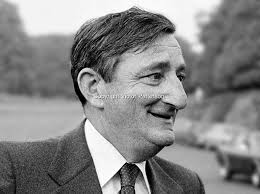