CLLR. MALCOLM NOONAN THWARTS THE WILL OF THE PEOPLE.    Green Party anti-Irish. 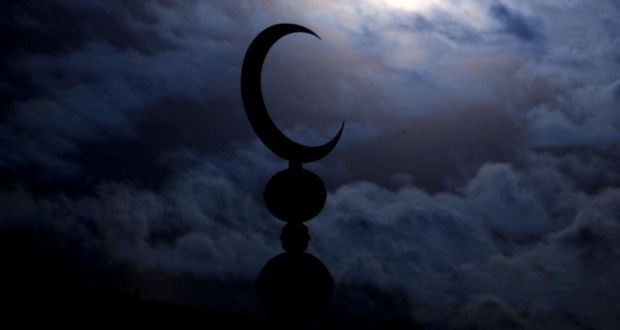 Over 40 objections were lodged with Kilkenny County Council to plans for the mosque and cultural centre at Hebron industrial estate on the edge of Kilkenny city. Photograph: Jamal Saidi/Reuters

Planning permission has been granted for the construction of a new mosque in Kilkenny city which attracted more than 1,000 signatures in opposition to the development when it was first proposed.

Kilkenny County Council has given the go-ahead to the trustees of the Kilkenny Islamic Centre for a religious and cultural centre at Hebron industrial estate on the edge of the city which is expected to cost about €6 million to build, when ancillary features are included.

Over 40 objections were lodged with the council to plans for the mosque and cultural centre in the weeks after the application was received from the trustees.

One of the objectors, former election candidate Eugene McGuinness, who is a brother of Fianna Fáil TD John McGuinness, collected 1,035 signatures from people living in the vicinity of the site.

He said plans were already being made by the citizens committee, Kilkenny Community Network, to appeal the council’s decision to An Bord Pleanála.

Mr McGuinness said earlier this year that “99 percent of people in the area don’t want that development” and that there were already major traffic issues in the area, with people driving through the industrial estate to get to residential areas, particularly on the days of big hurling matches in nearby Nowlan Park.

Mr McGuinness said his opposition to the plan had nothing to do with religion.

Renegade Green Party councillor Malcolm Noonan welcomed news of the grant of planning permission. “Matters unrelated to the planning process have been stressful and hurtful for our local Islamic community, but I’m hopeful now that is all in the past. This development will benefit the whole community, representing a €3 million construction investment in the local economy as well as the ancillary benefits to local business, and it is reflective of a modern Kilkenny, inclusive, welcoming and diverse.”

Noonan now faces the problem that he can’t canvass the area affected as he could be at risk from the ire of the residents over turning on them and insulting them by publicly calling them bad names in the media . The local radio station KCLR also turned against the residents objecting to the mosque. There’s as lot of that old virtue signalling going on in Kilkenny on the ground

It’s a very dark day for Kilkenny city, among the worst in the history of the marble city. More and more Muslims will now pour in to the area while the citizens fear developments like child grooming as happened in several similar British towns such as Rochdale for instance. People fear a big increase in rape in Kilkenny as well. Several said that the mosque has depreciated the value of their houses on the market while more said that their lovely area will now descend into a ghetto as happened everywhere all over the provincial cities of England where a large mosque was built.

Others point to the extremism of the Muslim Brotherhood at the Clonskeagh mosque in Dublin and the dangers this extreme outfit poses to Europe. They fear that the same will now happen at the Kilkenny mosque which is obviously financed by the extremist Saudis.

All in all the future of Kilkenny city now looks less certain than ever.

One thought on “KILKENNY MAYOR WAS OPPOSED TO SITING OF MOSQUE. by Michael McGrath”